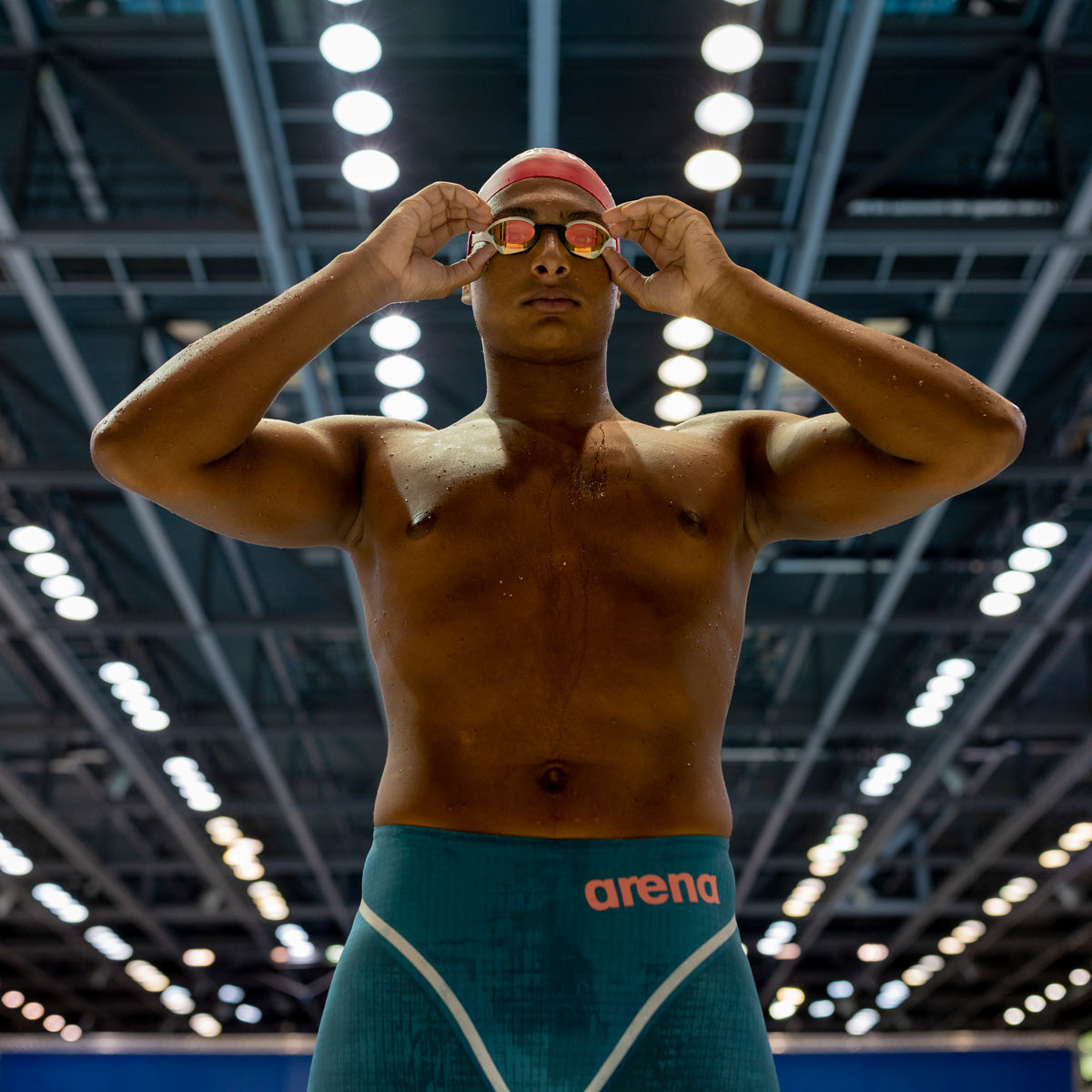 Yohann Ndoye Brouard overcame a sense of déjà vu as well as the rest of the 200m backstroke field to win his first international title at the 2022 European Championships in Rome.

The Frenchman was forced to swim solo in a time trial in a bid to reach the final after his starting equipment broke in the semis.

It wasn’t the first time Ndoye Brouard experienced difficulties in a semi-final at a major meet following his DQ at the Tokyo Olympics after crashing into the wall and coming to a complete stop. It transpired he had a condition called Keratoconus which can result in blurred vision, and he was not able to receive surgery before the Games.

Resetting after the semi at the Foro Italico was a “big effort mentally” but one of the French team officials told Ndoye Brouard “you’ve started a beautiful story, now you have to finish it”.

A superb final turn saw Ndoye Brouard claim 200m gold in a French record of 1:55.62 followed by men’s medley relay silver and 100m backstroke bronze as he left the Eternal City with a medal of each colour.

Describing himself as “super happy,” he set his sights on the future with the Paris Olympics less than two years after the conclusion of the Rome championships.

He told ffnatation.fr: “I showed that I am in the top three over 100 and 200 back. This bodes well for the future. Now we will have to climb on to world podiums.” 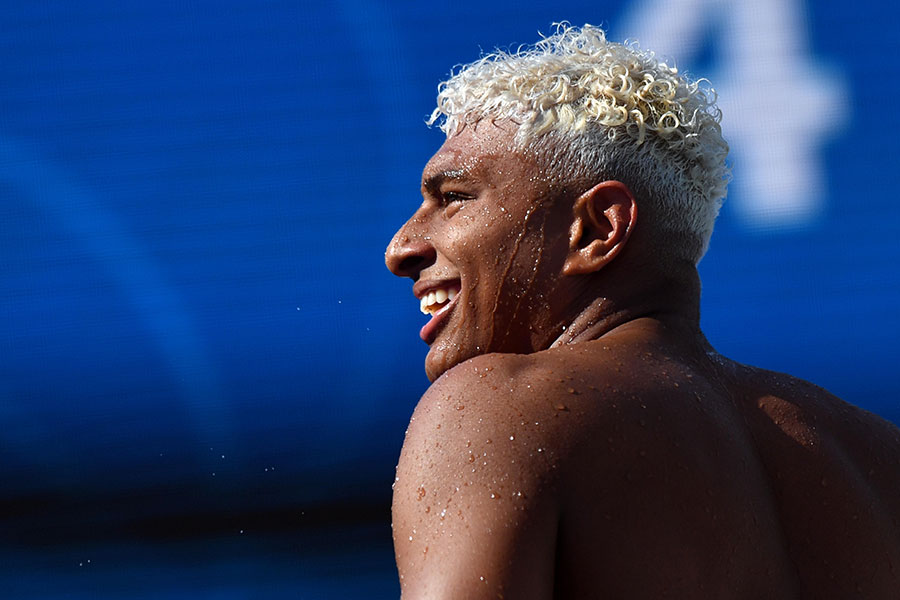 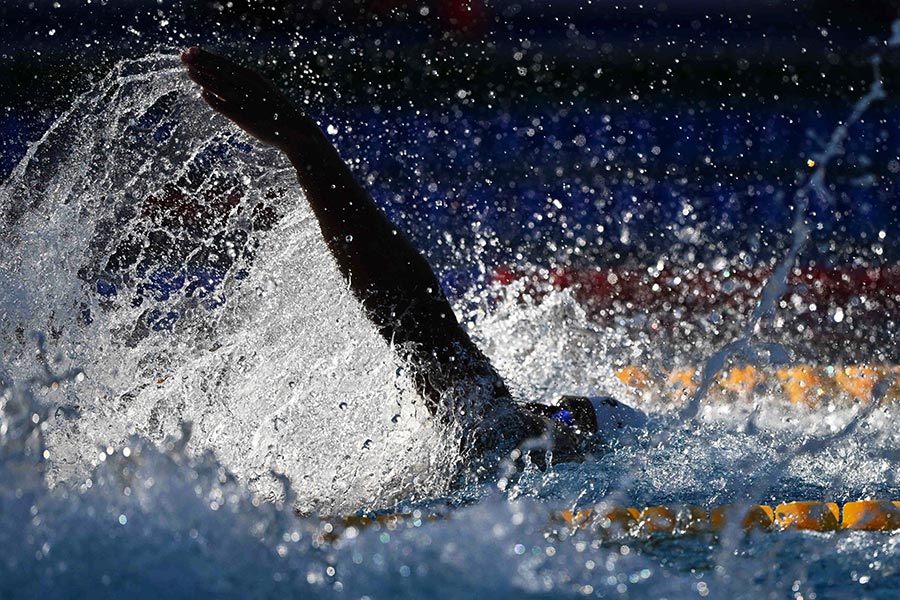 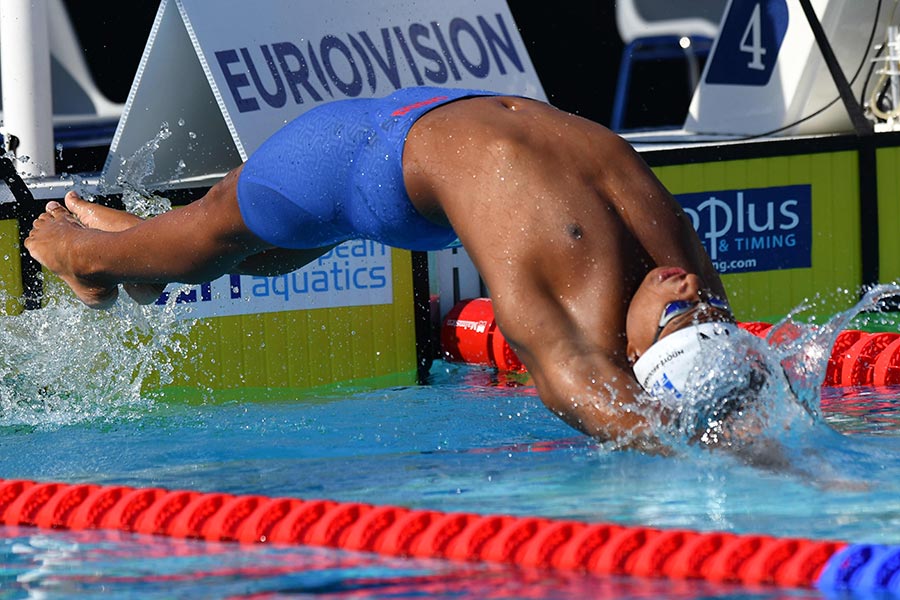 Favorite sportsperson or team (other than swimming)
Usain Bolt
Favorite vacation spot and why
Tahiti, for the ocean and the mountains
Public person you admire
French actor Omar Sy
Favorite artist or work of art
Ben Thouard, the ocean photographer
Items you’d want on a desert island
Rubik’s cube, book
If you could be any character in fiction, who would you be?
Darth Vader
If you could be a superhero, what would you want your superpowers to be?
Like Aquaman, to have superhuman strength, swim at supersonic speed, communicate with sea creatures and control water
What you’d like to do in your life after swimming
Physiotherapy

Proudest moment in swimming
Winning the 200m backstroke at the 2022 European Championships in Rome
Least favorite part of swimming
Aerobic workout
Funniest moment in swimming
Sprints
Favorite Race/Training suits and why
Carbon Glide/Icons swimsuit
Best piece of equipment and why
Pullbuoy, my legs are high in the water
Favorite Food after training
Pasta
Most annoying type of swimmer
The breaststrokers at the warm-up
Favorite Pool in the world and why
The Olympic pool in Tokyo, it was really huge 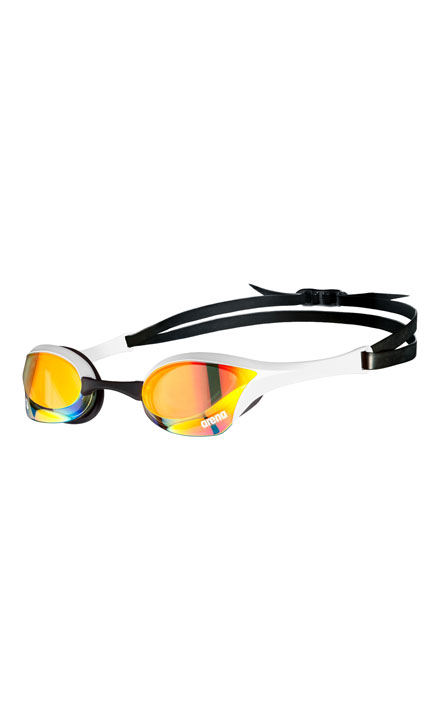 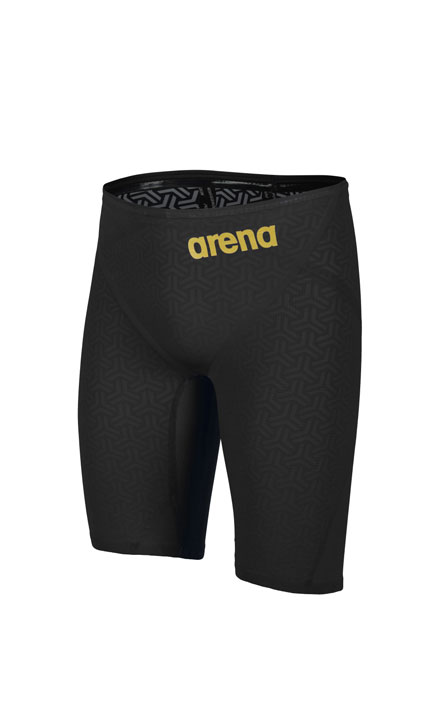