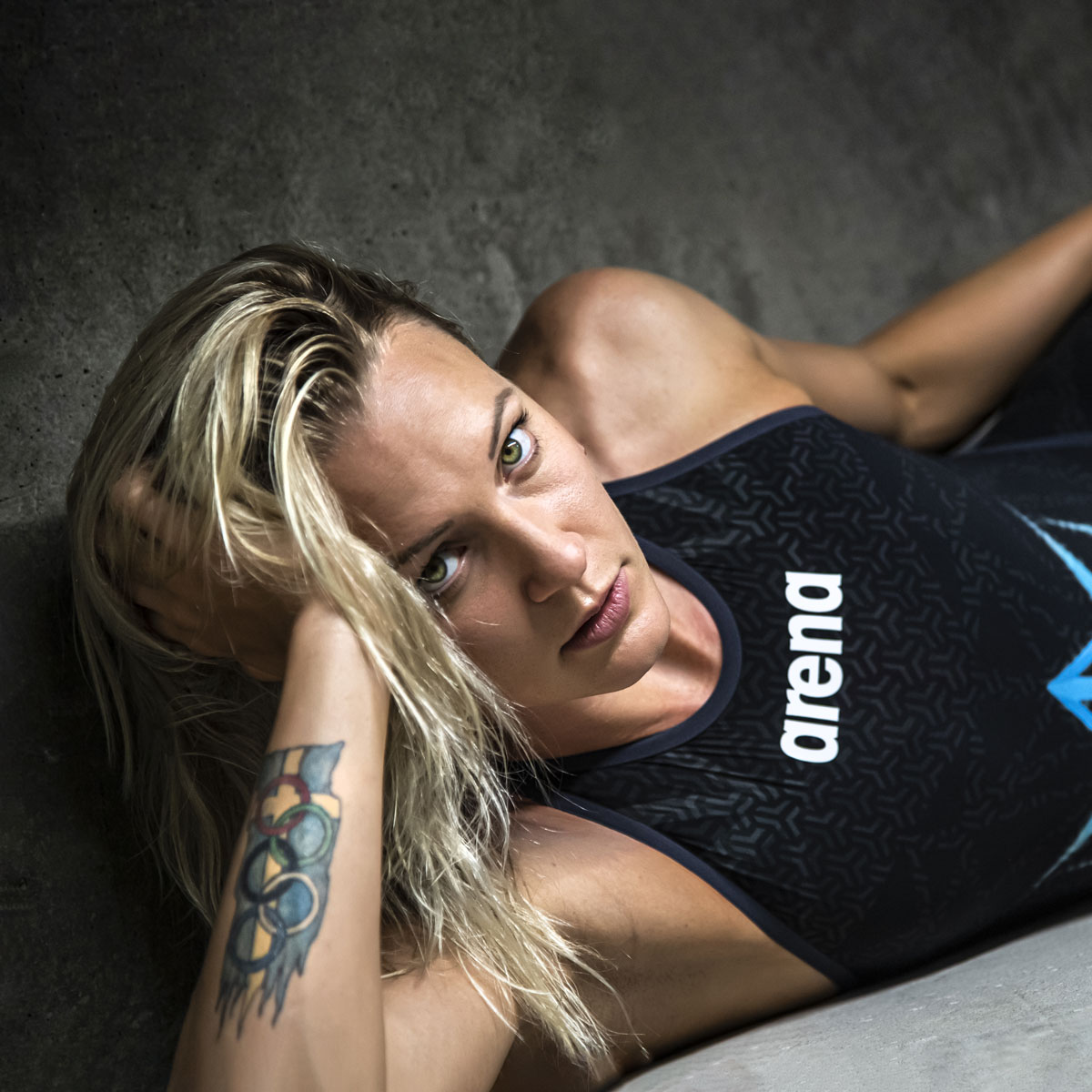 “The older you get, the better you get. Unless you’re a banana”

Emotion overflowed and her brother Linus – then aged nine - noted: “black tears came from your eyes.”

Linus has autism. In late 2016 they stood together as Sarah was honored at the Swedish Sports Gala.

Sarah told the Expressen paper in Sweden: “Yes, it was because I was wearing mascara. [Linus] stood on the stage in a packed Globen and gave a speech for me. It was the best prize I have ever received.”

In summer 2017 Sarah broke four world records in two weeks and with eight world records held in long and short-course events simultaneously, she had more global standards than any other swimmer.

In February 2021 she broke her elbow in a slip on ice only to return and claim 50m freestyle silver at the Tokyo Olympics.

She said: “This is one of my biggest achievements in my career. I’ve won a lot of medals and broken a lot of world records, but this has been the toughest challenge so far.”

By the close of 2021, she had become a sporting superstar in Sweden with 41 Olympic, world and European titles and holds four world records in the 50m and 100m freestyle and butterfly.

In January 2022, she announced her engagement to Swedish fencer Johan de Jong Skierus. 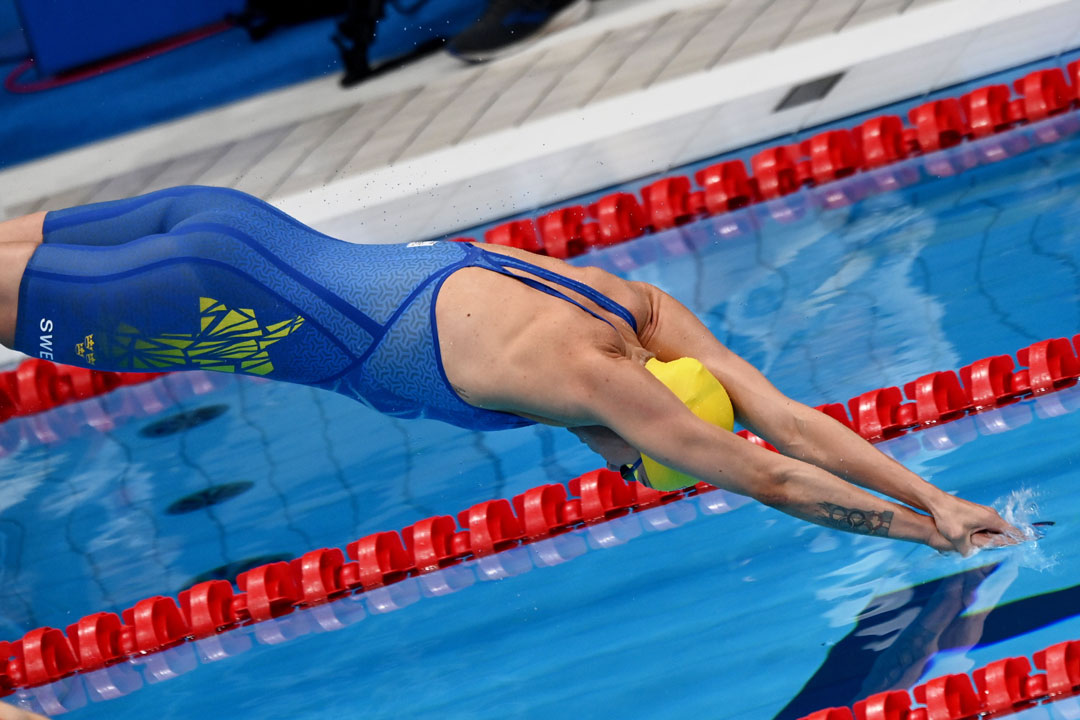 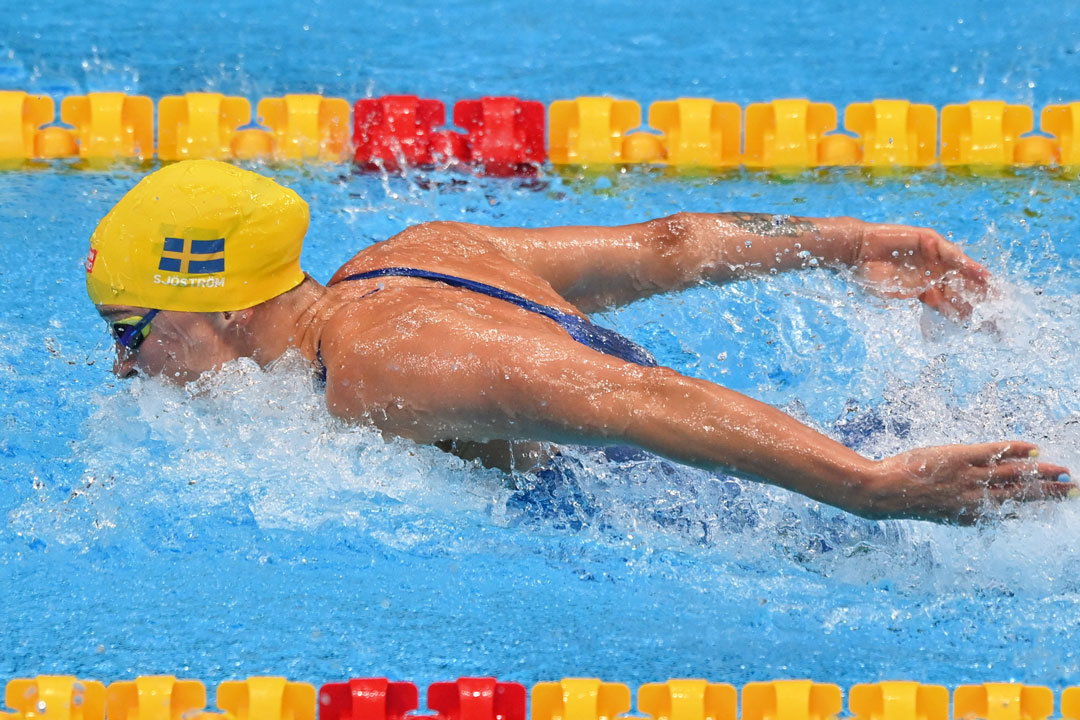 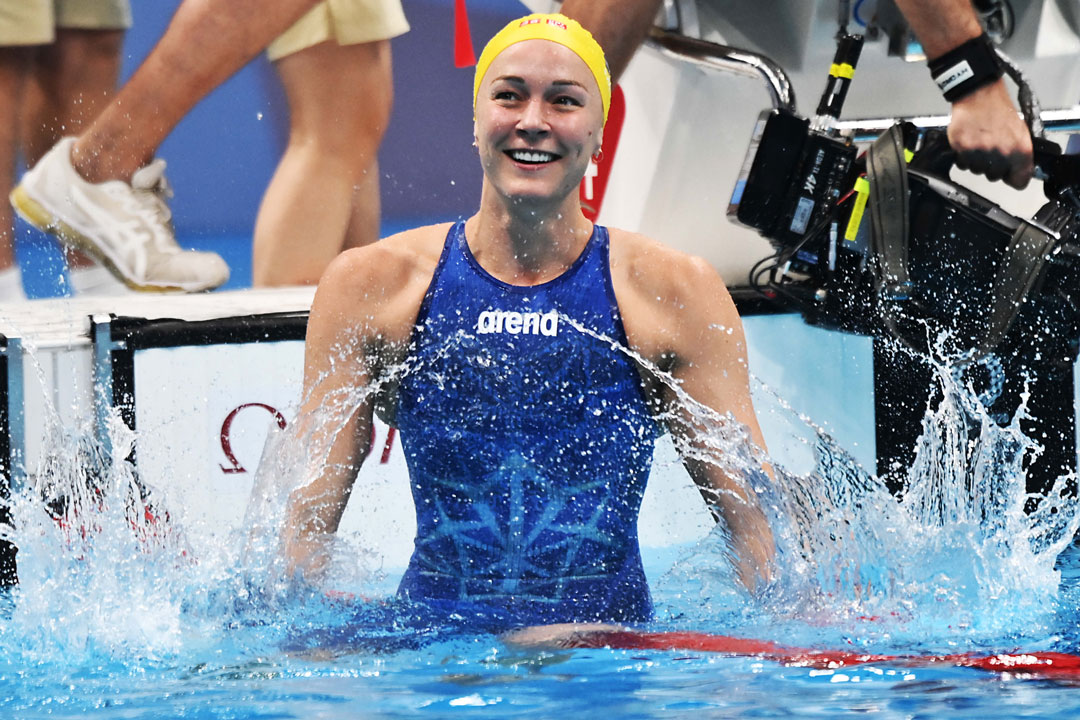 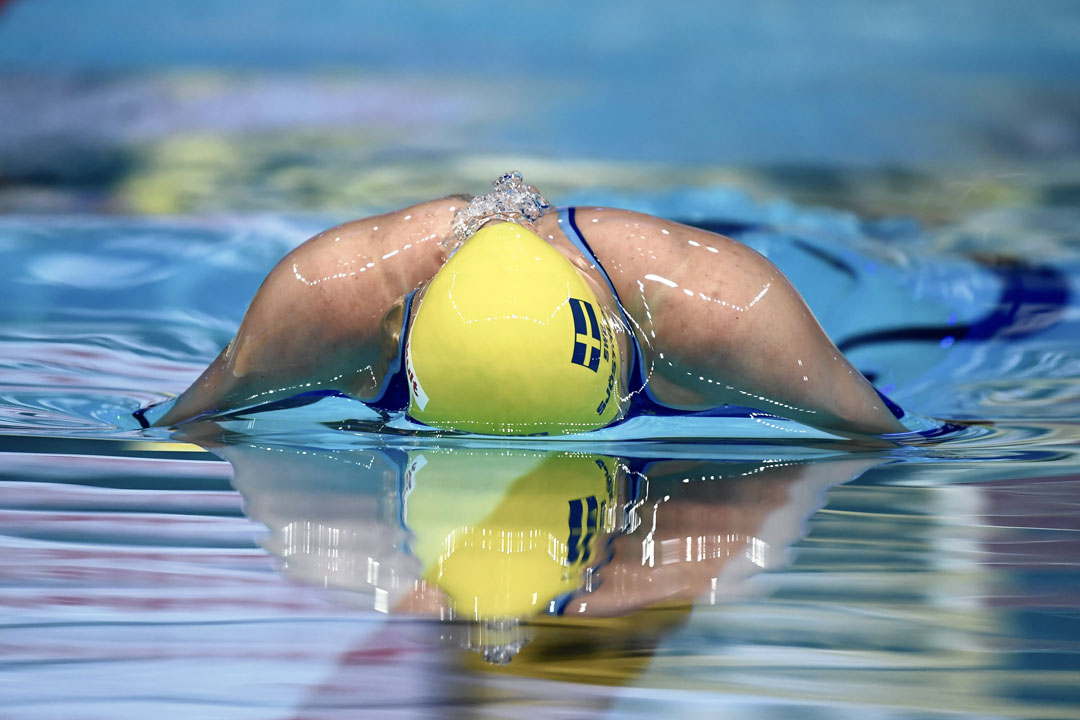 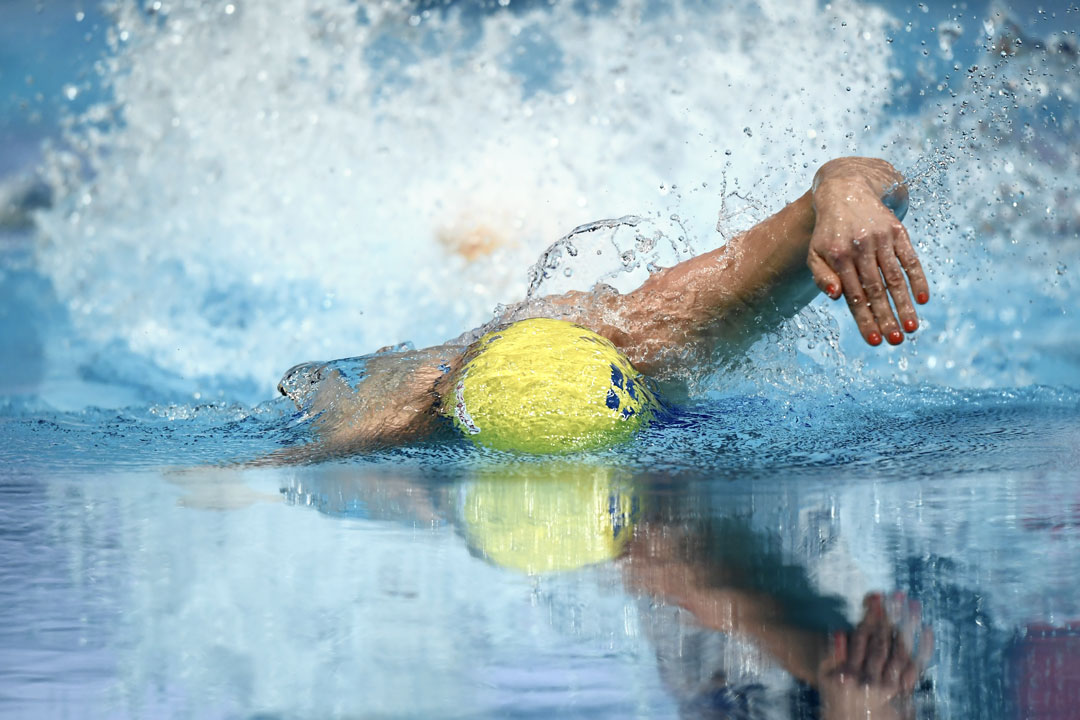 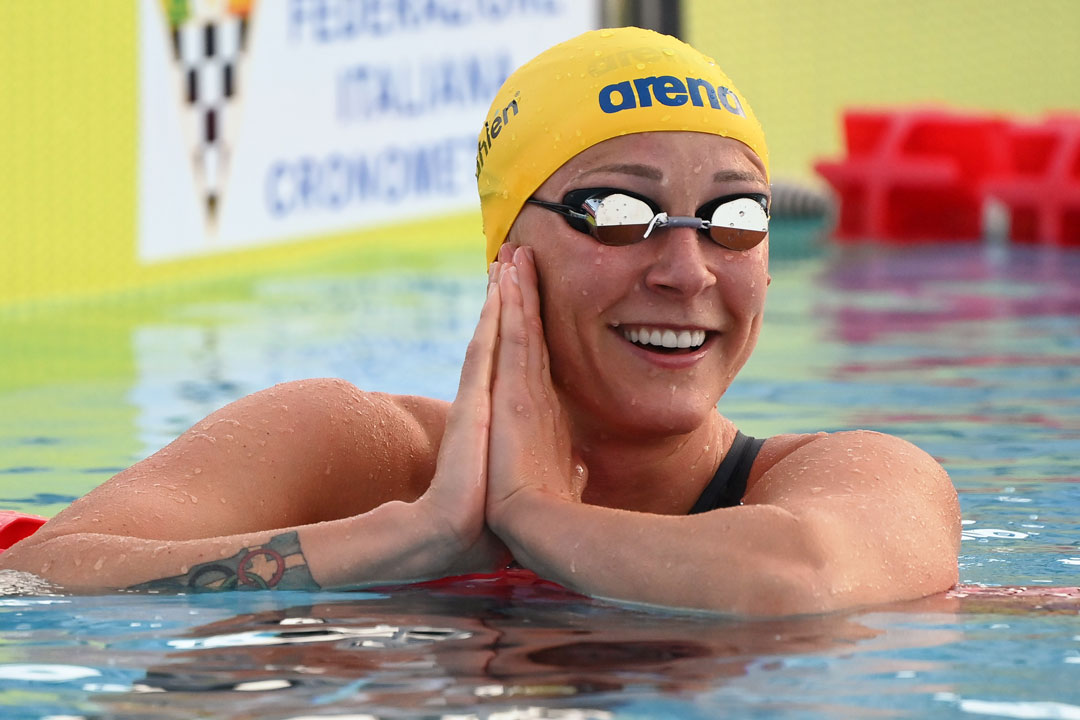 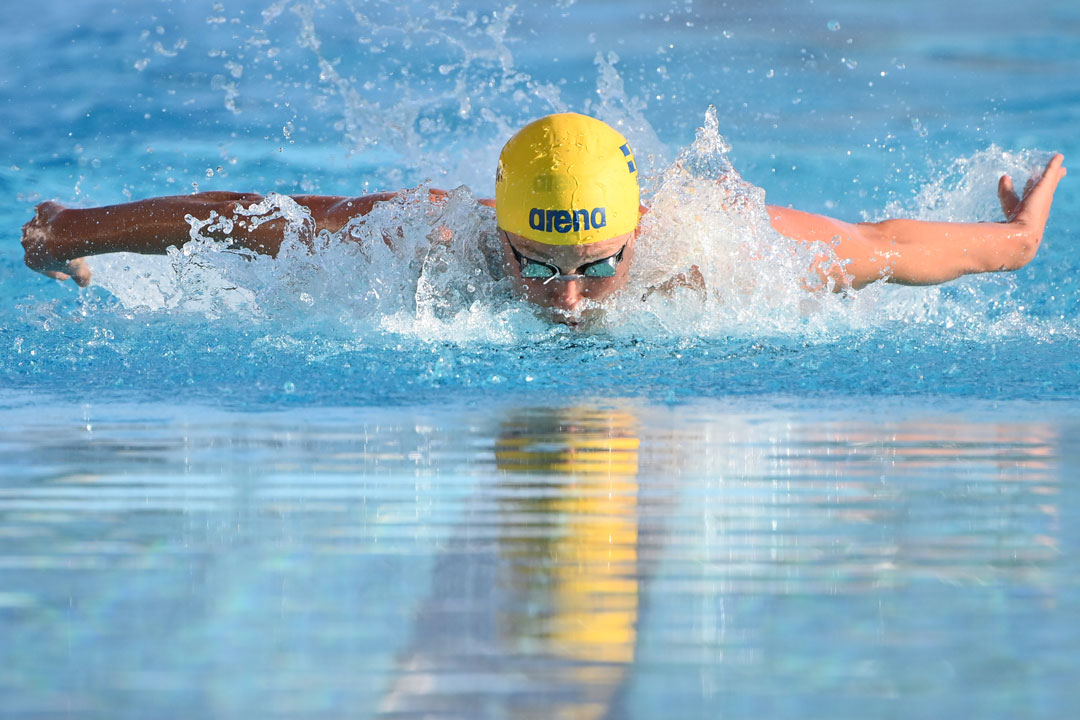 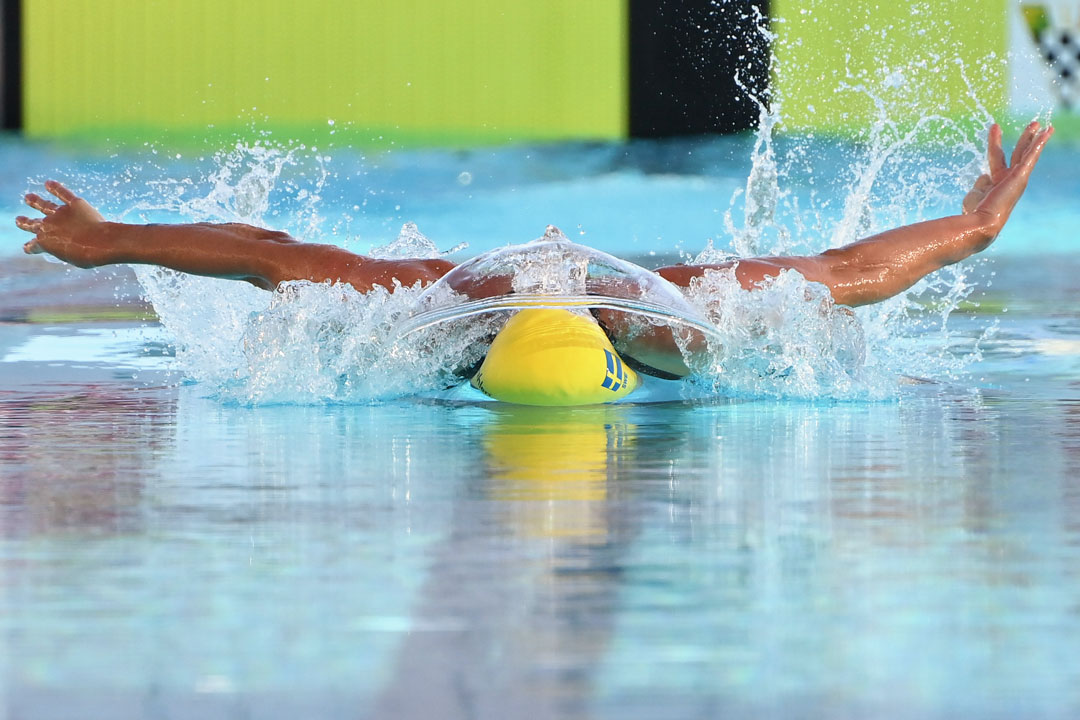 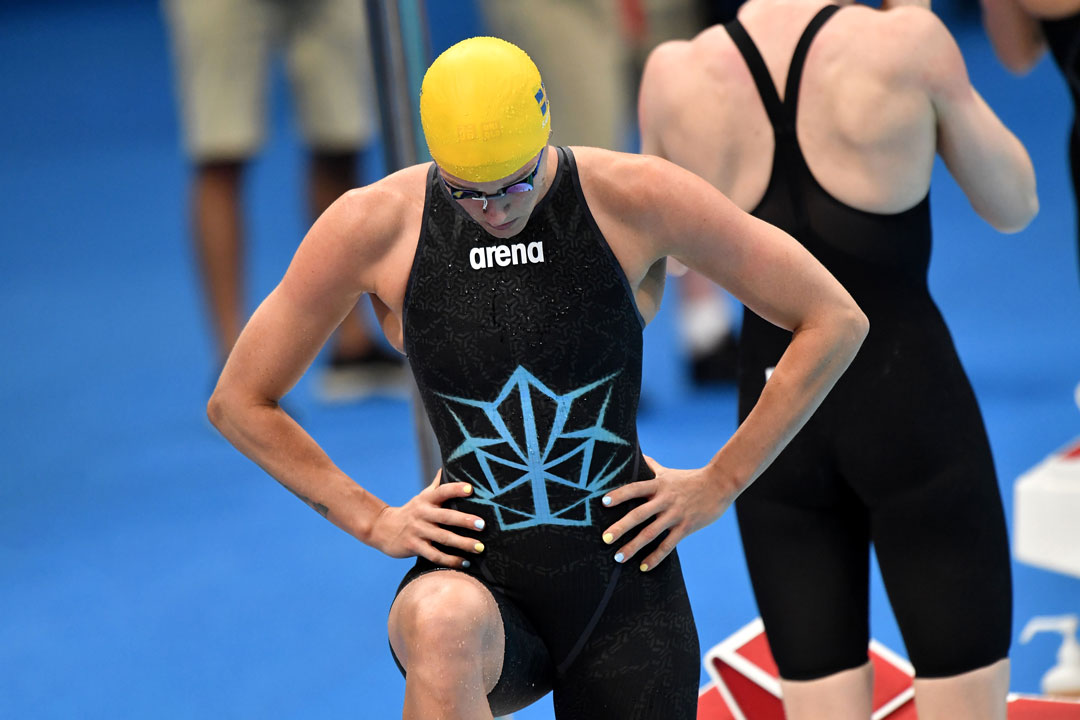 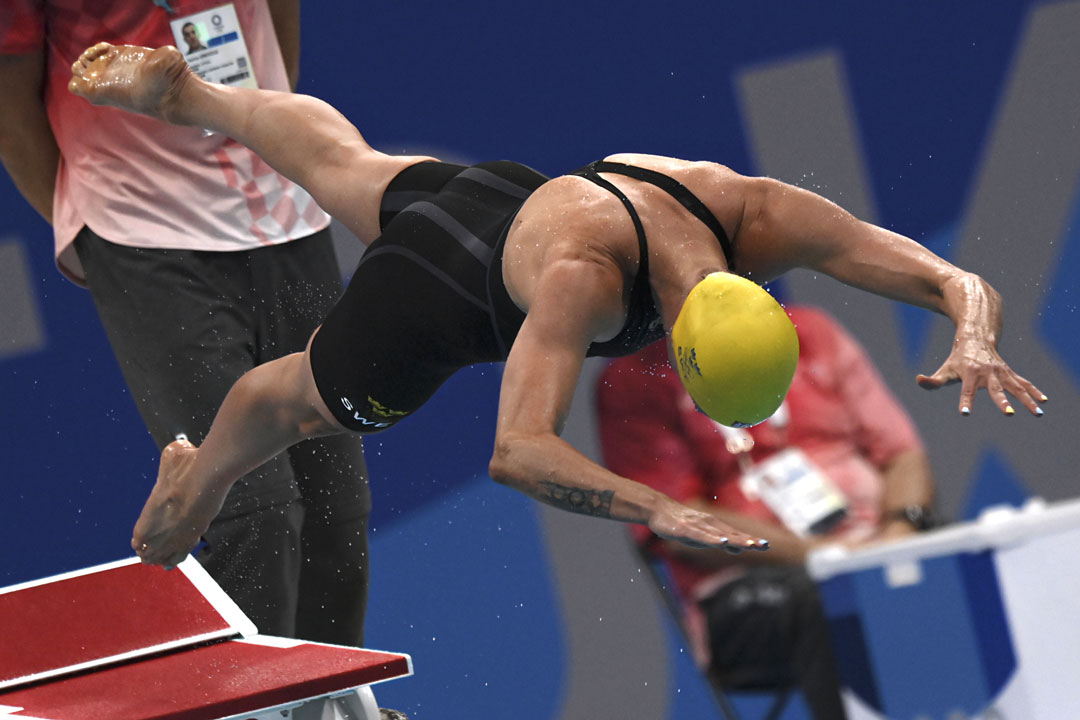 Favorite sportsperson or team (other than swimming)
Tennis player Serena Williams
Favorite vacation spot and why
Cape Town and Stellenbosch in South Africa. Good food and wine, beautiful environment, and fun adventures
Public person you admire
Entrepreneur Elon Musk
Favorite book(s)/author(s)
All books by Sophie Kinsella and Sofie Sarenbrant
Items you’d want on a desert island
My phone, a yacht with crew included, and an arena bikini
If you could be any character in fiction, who would you be?
Pippi Longstocking
If you could be a superhero, what would you want your superpowers to be?
My superpower would be to be able to transform into anything I want
If someone wrote a biography about you, what do you think the title should be?
‘Impossible Until Done’
What you’d like to do in your life after swimming
Sports and events project management

Proudest moment in swimming
Winning Olympic gold in the 100 butterfly in 2016, but maybe even more than that being able to come back like I did after my injury in 2021
Least favorite part of swimming
Sessions over 4000m
Funniest moment in swimming
Racing skins at the ISL
Favorite/least favorite training set and why
My least favourite are 20-30x100 thresholds. I swim with bad technique and I feel bad for a month after a session like that. My favorite training set is 6-8x (300 easy free/bk with 1min rest + 50 pace/max 1 min rest). It’s a hard session but I’m often able to maintain a good quality all the way
Favorite Race/Training suits and why
arena Carbon Core FX because it’s comfortable
Best piece of equipment and why
Snorkel, because I love breathing
Favorite Food after training
A big cheese sandwich
Favorite Pool in the world and why
My favorite pool for racing in is the Foro Italico in Rome. I love the surroundings and I have good memories of there. I love swimming outdoors and I almost never do that at home. My favorite training pool in the world is at the training center in Belek, Turkey where I used to spend a lot of time before the pandemic 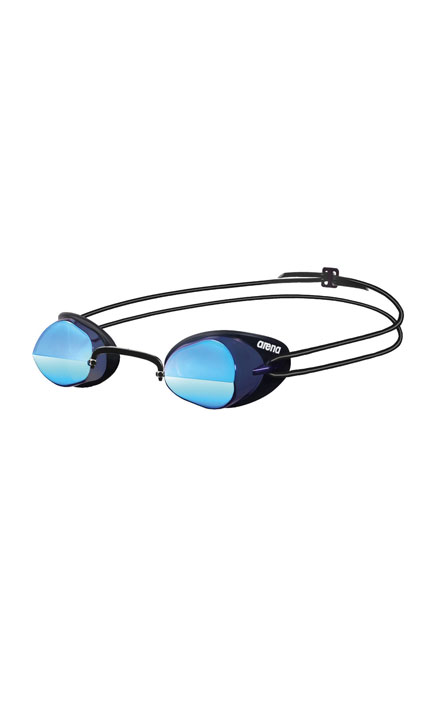 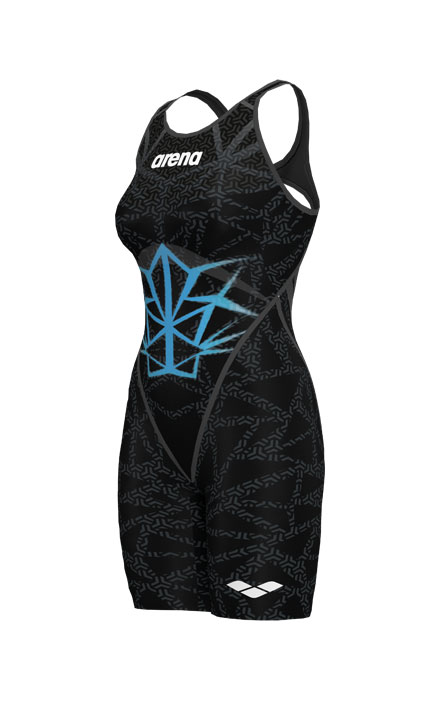 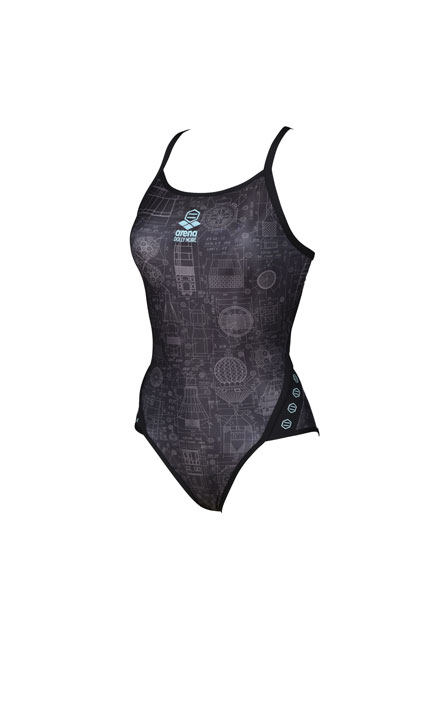 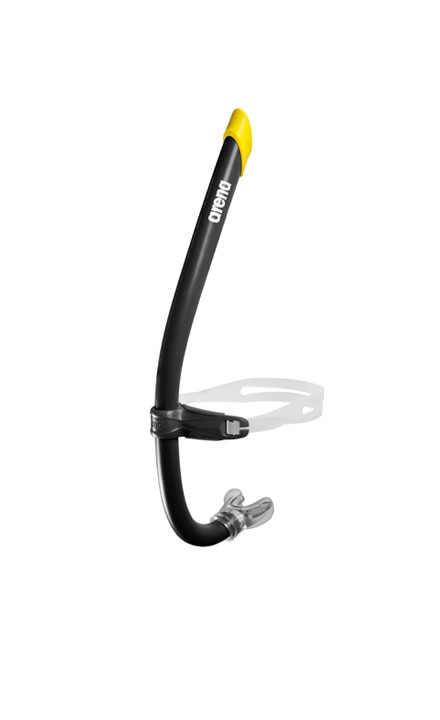