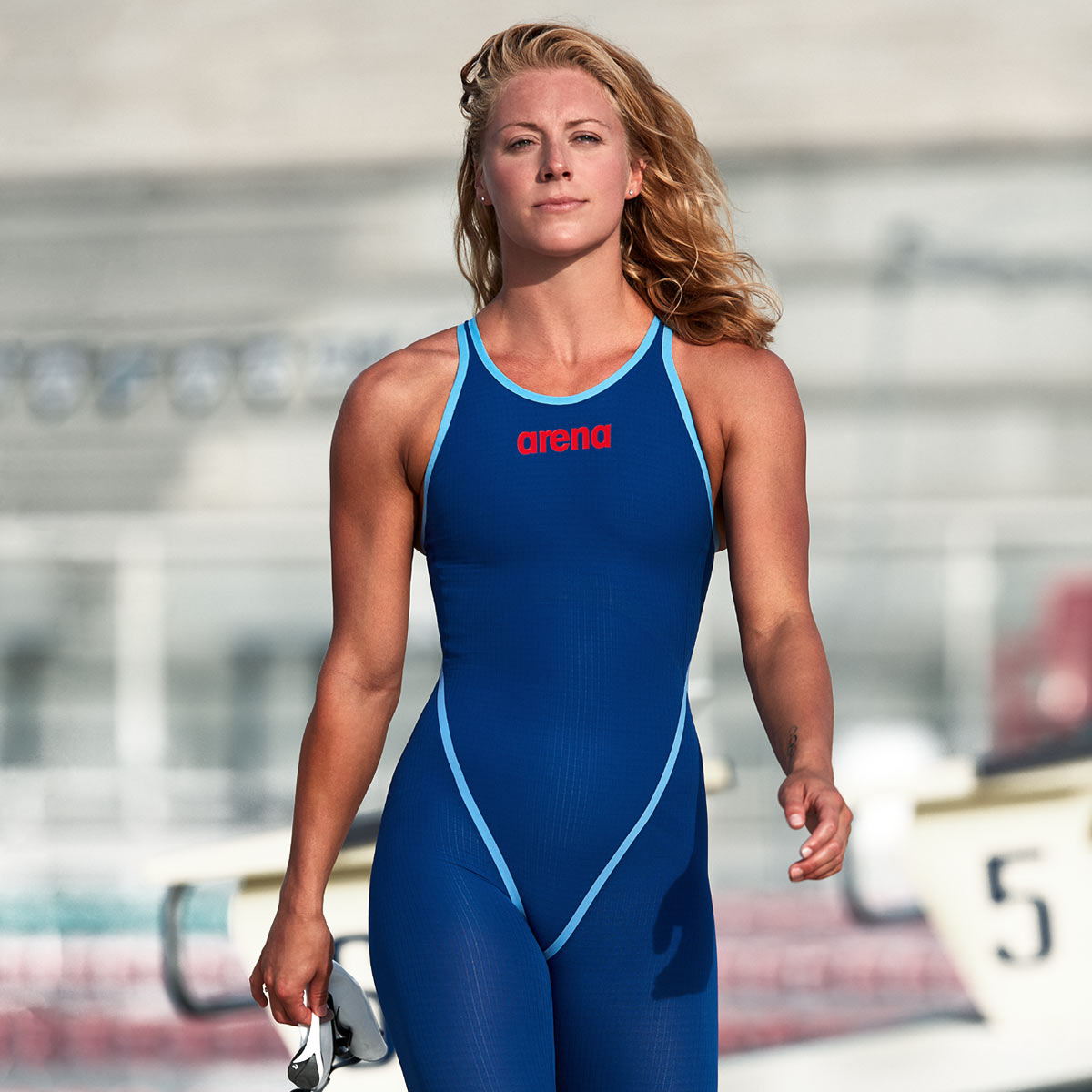 Kira Toussaint was six when she had her first Olympic experience, getting up in the middle of the night accompanied by a TV crew to watch the swimming finals from Sydney 2000 where she was spellbound by Inge de Bruijn.

Kira’s mother is Jolanda de Rover who won gold in the 200 backstroke and claimed 100 bronze at the 1984 Games in Los Angeles.
No Dutch swimmer had won gold in the subsequent three Olympics but De Bruijn qualified fastest for the final of the 100 butterfly in Sydney.
A TV crew was present at Kira’s home to capture the reaction as De Bruijn won the first of her three titles in Sydney.

As a child, though, having an Olympic champion in the family had little initial impact.

It wasn’t until later that I was like ‘actually that’s really cool’.

Not many people in the world become Olympic champion so it wasn’t until later that I knew what it actually meant.” 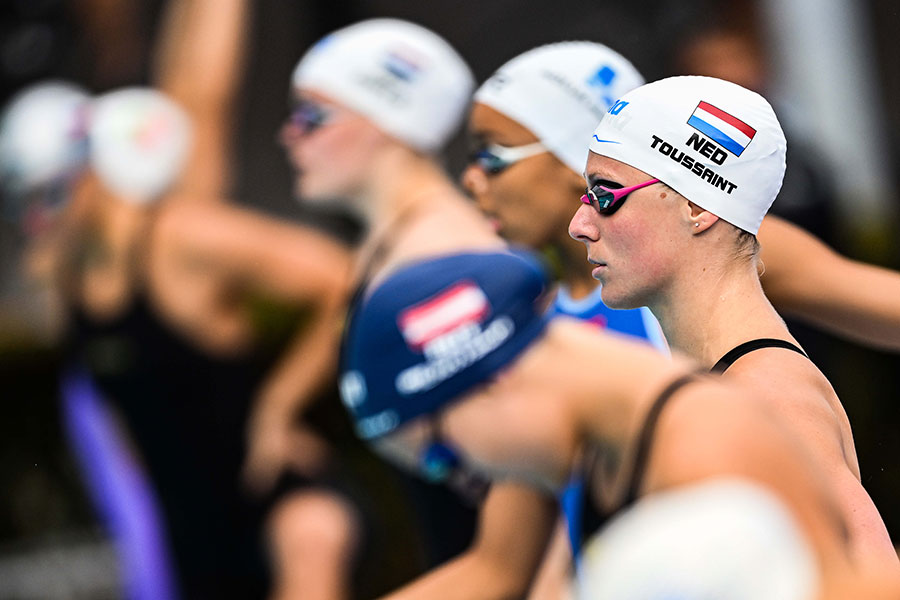 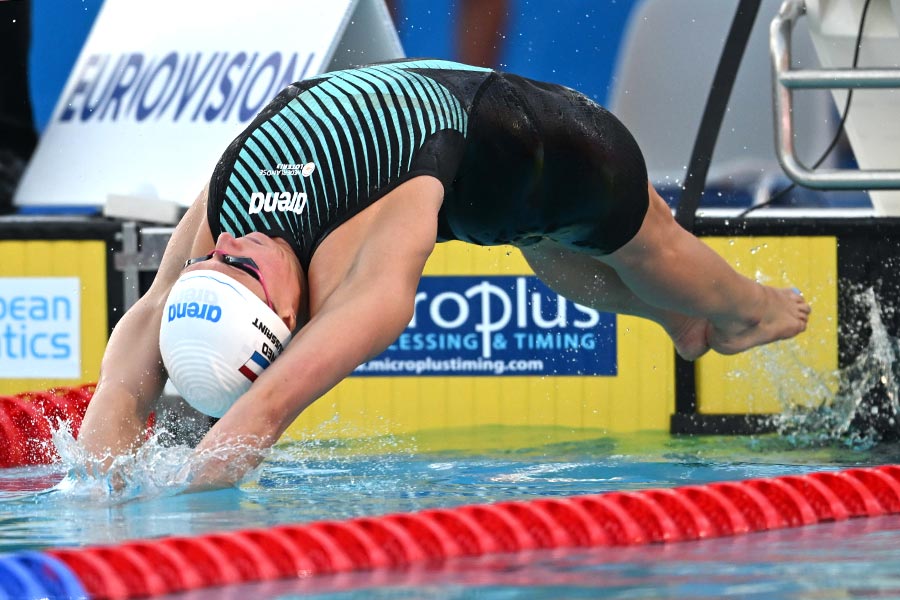 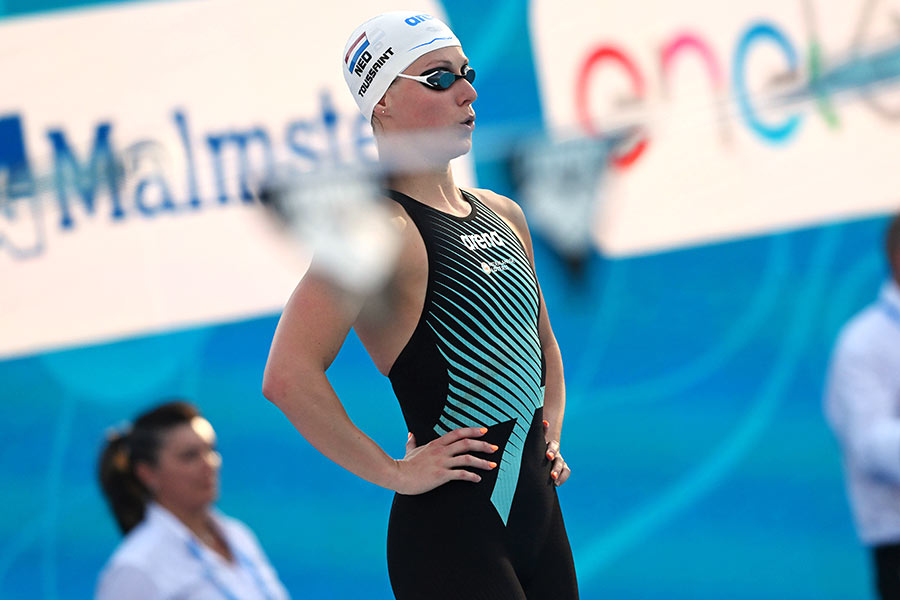 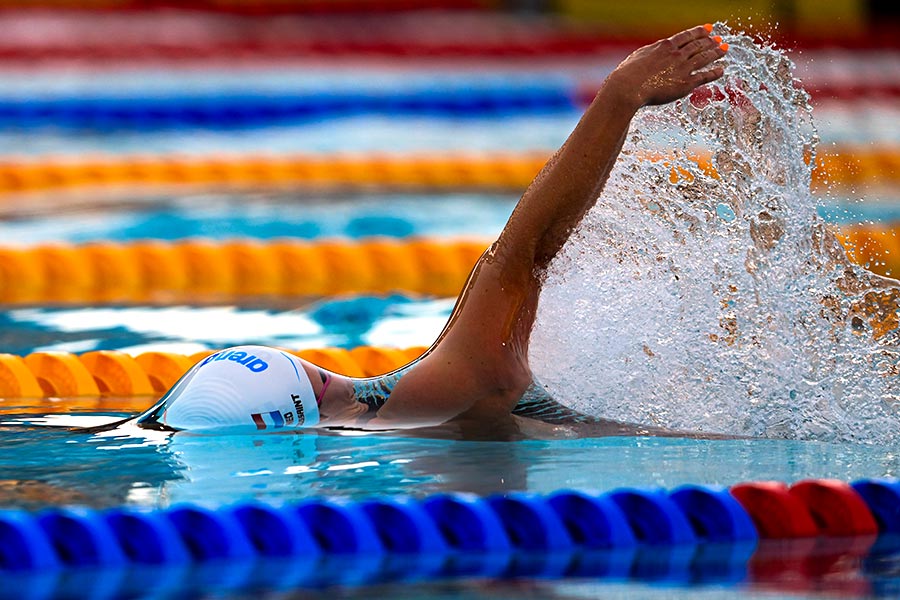 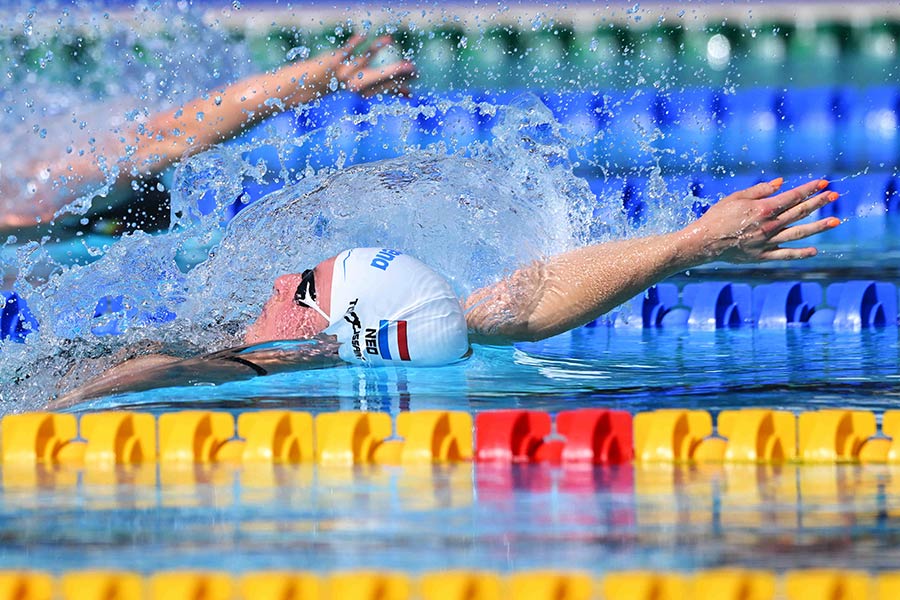 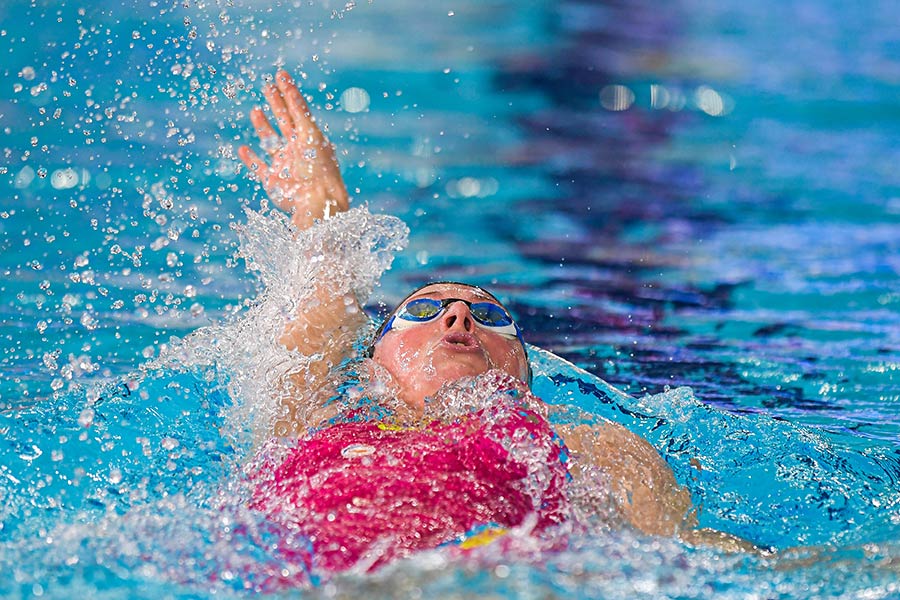 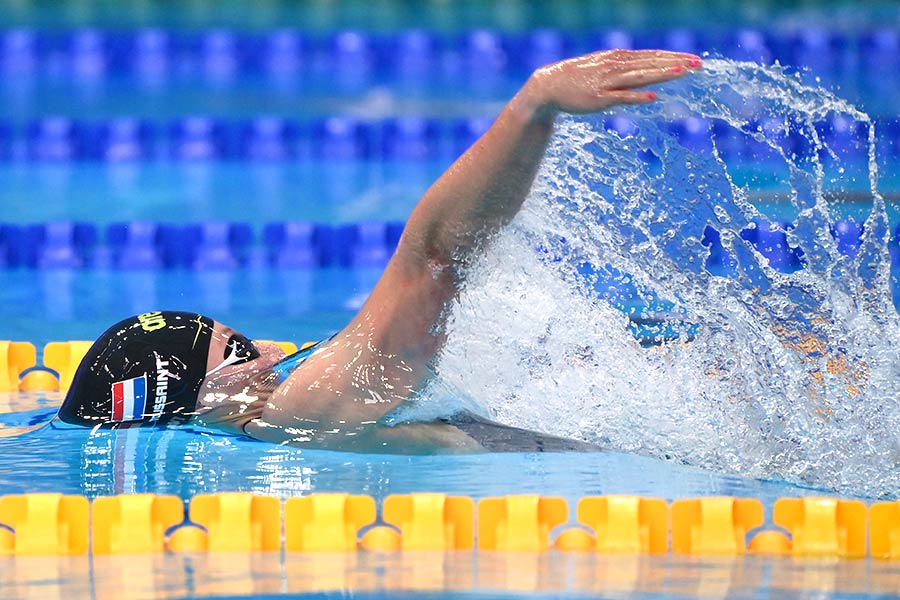 Favorite sportsperson or team (other than swimming)
Football team Ajax Amsterdam
Favorite vacation spot and why
I like to explore, so a place that I’ve never been. I love city trips but I also love the beach! Australia is next up on my travel bucket list
Public person you admire
Former US president Barack Obama. His life story is very inspiring and he must be a very interesting dinner guest
Favorite book(s)/author(s)
I read a lot of books. Malcolm Gladwell is my current favourite writer. I also love the Seven Sisters series by Lucinda Riley
Items you’d want on a desert island
My dog Binky, a lighter and a fish net, need to survive somehow, haha
If you could be a superhero, what would you want your superpowers to be?
I would love to be able to teleport myself to any place in the world in no time
If someone wrote a biography about you, what do you think the title should be?
‘Below the surface, the real story about Kira Toussaint’
What you’d like to do in your life after swimming
I’m not 100% sure yet. I would like to stay involved in swimming. Swimming is the sport that brought me so much, and I would like to give back to the sport. In what form that would be, I’m not sure yet

Proudest moment in swimming
Breaking the world record in the 50 backstroke
Least favorite part of swimming
The early mornings!
Funniest moment in swimming
One time I was the first one that needed to walk out for a semi final and had to wait behind a screen for it to open up. When the screen opened I fell forward on the floor
Favorite/least favorite training set and why
I love sets where I get to do 25-35-50m sprints off the blocks with a lot of rest in between. I’m not a big fan of long easy aerobic swimming
Favorite Race/Training suits and why
My favourite racing suit is the Carbon Core FX. I like the compression and the fit and it makes me feel very fast in the water. The Challenge Back One-Piece in bright colours are my go-to for practice!
Best piece of equipment and why
FINS!!! Definitely. My fins are like my babies and I cannot live without them. Once they broke on a trip but luckily Arena got me new ones really quick!
Favorite Food after training
Right after training is when your body needs the calories the most, so I let myself eat anything with a lot of carbs in it. A stroopwafel (a waffle cookie) is definitely one of my favourites
Most annoying type of swimmer
The one that rushes through the whole practice, or breaststrokers in warm-up during competitions
Favorite Pool in the world and why
Foro Italico in Rome!! The atmosphere is amazing, especially when it’s full of fans. Italians definitely love swimming! 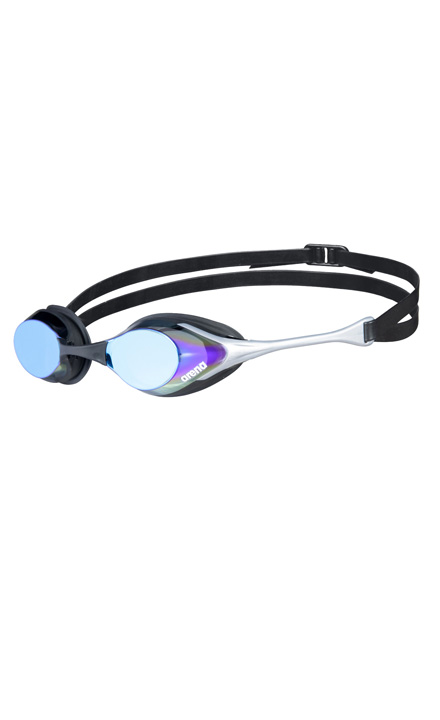 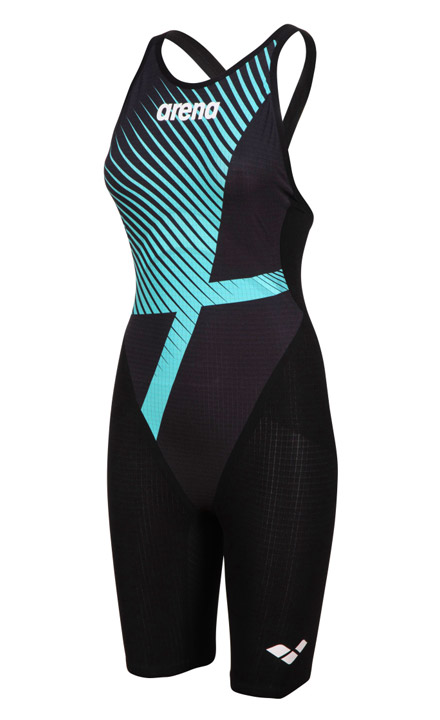 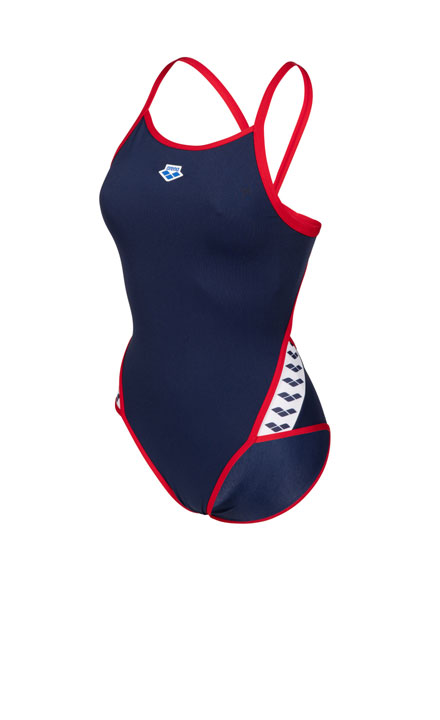 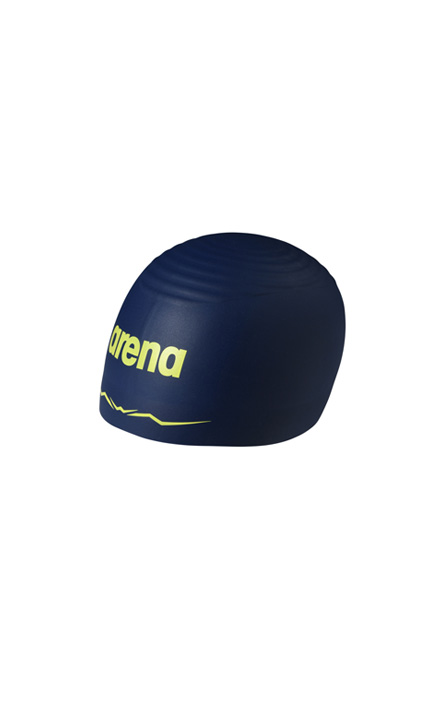