Over the past ten years, arena has involved itself deeply with a team of scientific professionals, in order to develop and produce some of the world’s most innovative swimsuits: in 2004, arena launched the revolutionary Powerskin Xtreme, followed by the Powerskin R-evolution in 2008. The most technologically advanced innovation however, came in 2009 by way of the X-Glide, which was listed in Time Magazine’s 50 best inventions of 2009. Paul Biedermann wore the suit during the World Championships in Rome that year, where he beat World Champion Michael Phelps, in what was his first defeat in the 200m freestyle, in four years. Soon after this, FINA forbid the use of polyurethane swimsuits, but thanks to decades of experience, arena faced the challenge head on and promptly launched the Powerskin ST, XP, R-evo, R-evo+ and the new ‘polyurethane free’ X-glide.

In 2012, the year of the London Olympics, arena produced a breakthrough, highly technological swimsuit, the Powerskin Carbon-Pro. The Carbon-Pro was made by weaving together carbonium fiber directly with textile, to get a revolutionary benefit known as “smart compression”, an expression now adopted in swimming language. 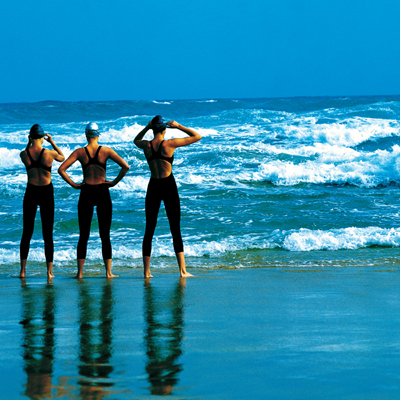